From 8th to 13th of January 2018, donate during #StopHungerWeek for a hunger-free world!

Stop Hunger launch the 2nd edition of its international fundraising campaign.
This international fundraising campaign was launched in 2017. One week per year, at a large number of restaurants around the world (Germany, Austria, Brazil, the United States, France, the UK, Switzerland...), Sodexo consumers are invited to make donations, 50% of which goes to supporting local NGOs fighting hunger and the remaining 50% donated to support WFP’s free school meal program, which feeds the poorest children in Africa, South America and Asia.

Acting together for hunger-free world! 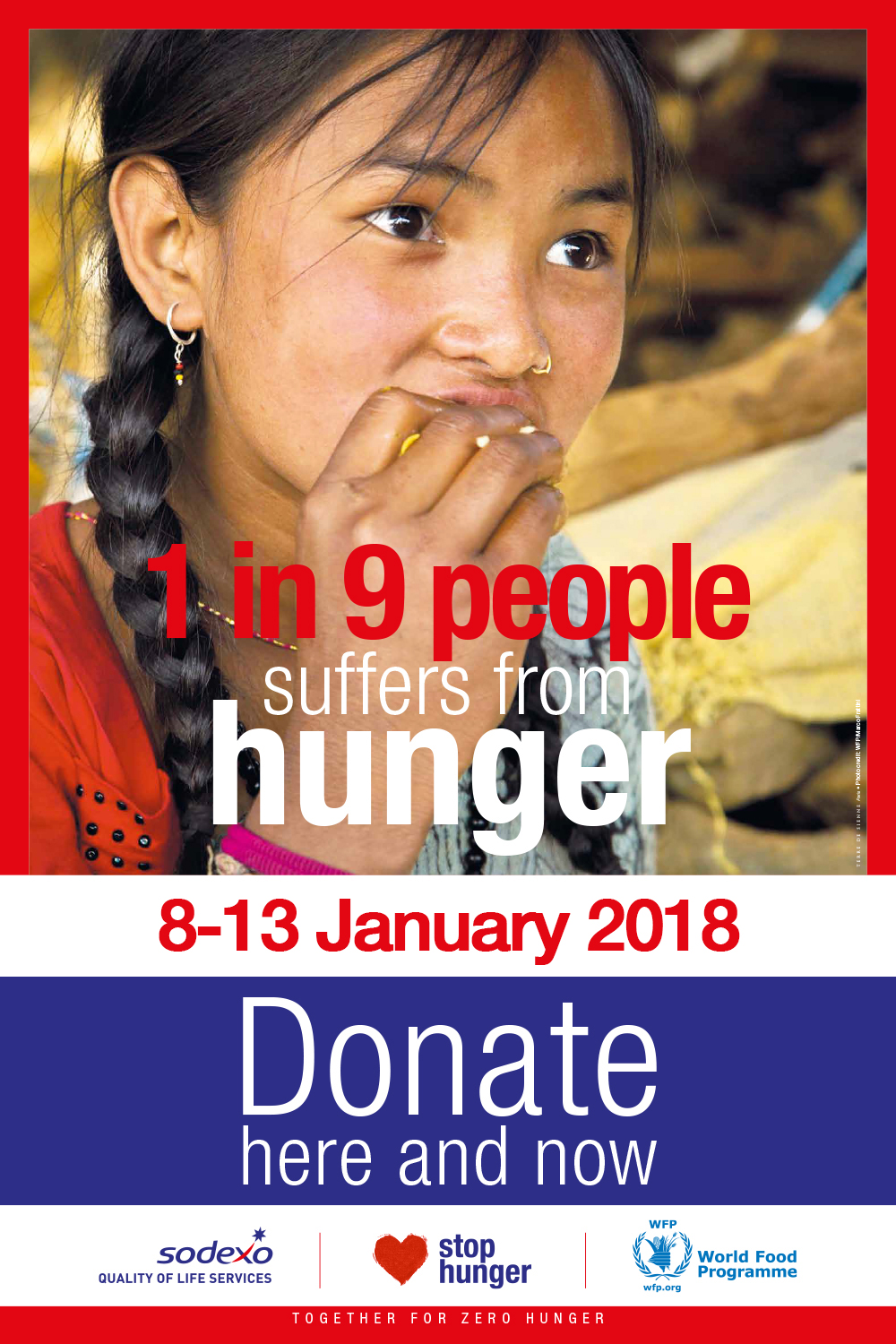