This program, co-created by the Paraisópolis Women’s Association and the Stop Hunger Instituto in Brazil, promotes women empowerment, which is Stop Hunger’s priority.

The Arborus GEEIS award positions, for the first time, gender equality as the driving force behind the accomplishment of the UN’s Sustainable Development Goals. Stop Hunger is very committed to empowering women and this award serves to recognize this priority.

“Horta na Laje” (rooftop vegetable gardens) all began with Elizandra Cerqueria, founder of the Paraisópolis Women’s Association, who won the Women Stop Hunger award in 2018. In São Paulo, a favela of 120,000 inhabitants, Elizandra and the Stop Hunger team launched this program which gives the opportunity to mothers to be trained in gardening and restauration, thanks to their public educational restaurant “Bistrô Mãos de Maria”. This allows the women to feed their families healthy food, and to live off of their garden by selling the surplus… without leaving their homes.

We are very proud to have supported Elizandra, her association, and the program ‘Hora na Laje’ over the past two years, and to also have contributed to the transformation, renewal and modernization of the school kitchen ‘Bistrô Mãos de Maria’ thanks to funds from the Women’s Stop Hunger award.

Congratulations to the Stop Hunger team in Brazil for this award! 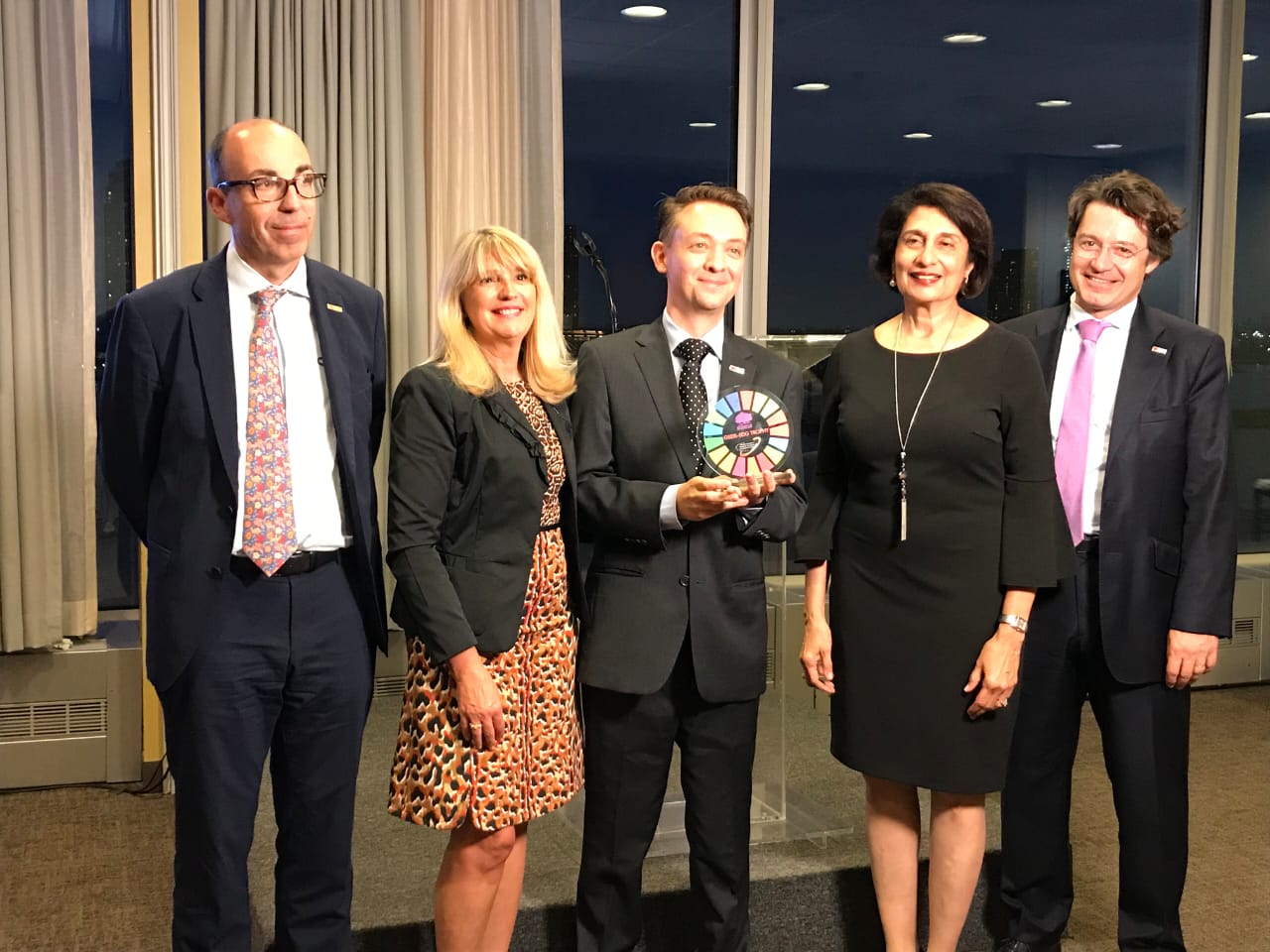